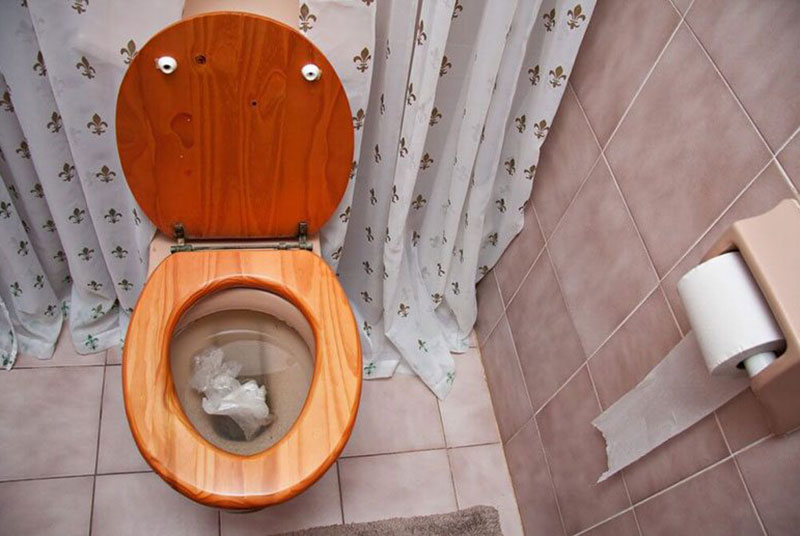 Have you discovered that, instead of disappearing down the pan, the contents of your toilet are moving up the bowl when you flush? A common yet unpleasant problem, a blocked toilet can be challenging and messy to fix. Usually, a blocked toilet is caused by an unsuitable object being flushed down. Large amounts of toilet paper or sanitary towels, as well as toys or similar, can all form a mass that wedges somewhere along the U-bend, creating the blockage. If this has happened to you, there are a number of things you can try before calling a blocked toilet plumber.

We offer a 24-hour service, including holidays and weekends, so if you can’t fix the issue yourself, our time-served plumbers are available to clear your blocked toilet Melbourne wide. That said, before calling us out, we suggest trying the following:

If neither of these tactics works, you do have the option of purchasing a commercial drain cleaner. Like the other two methods, this won’t remove objects, only waste and other degradable blockages. In addition, commercial cleaners contain harsh, dangerous chemicals that need to be handled with care.

In most cases, a little additional attention to what’s flushed down the toilet should be enough to prevent the problem re-occurring. Ensuring that only moderate amounts of toilet paper are flushed down the toilet and disposing of other items elsewhere, as well as keeping an eye on the location of toys, is usually enough to prevent a repeat blockage. Occasionally, repeated blockages may be due to problems with the inside of the U-bend. In those circumstances, we will be able to carry out a suitable repair or replacement to minimise the risk of continued issues.

With more than thirty years of experience behind us, we’re the blocked toilet plumber of choice for a large number of commercial and residential properties in and around Melbourne. Offering a combination of high-quality workmanship and treating our customers as we would like to be treated ourselves, we are fully certified and licensed. When you use us, you can expect a no-obligation quote before we start, so you always know in advance what you’ll be paying. We don’t have any hidden costs and aim to provide a good service for a fair price. Get in touch to take advantage of our toilet block cleaner.

Professional local plumbers you can trust. Call us for your domestic plumbing needs and you will not be disappointed.

We Are Here For You

Fill in this short form (takes 61 seconds) and we’ll contact you shortly.